Our Python is designed for horizontal stretching of products. At the same time a film carriage with a film roll is mounted on a rotary ring. The rotary ring is driven by a frequency-controlled motor, which enables any speed of the rotary ring and therefore an adjustable film overlap at a fixed conveying speed.
After the last wrapping has been completed, the wrapping is thermally cutted and clamped for the start of the next wrapping cycle. 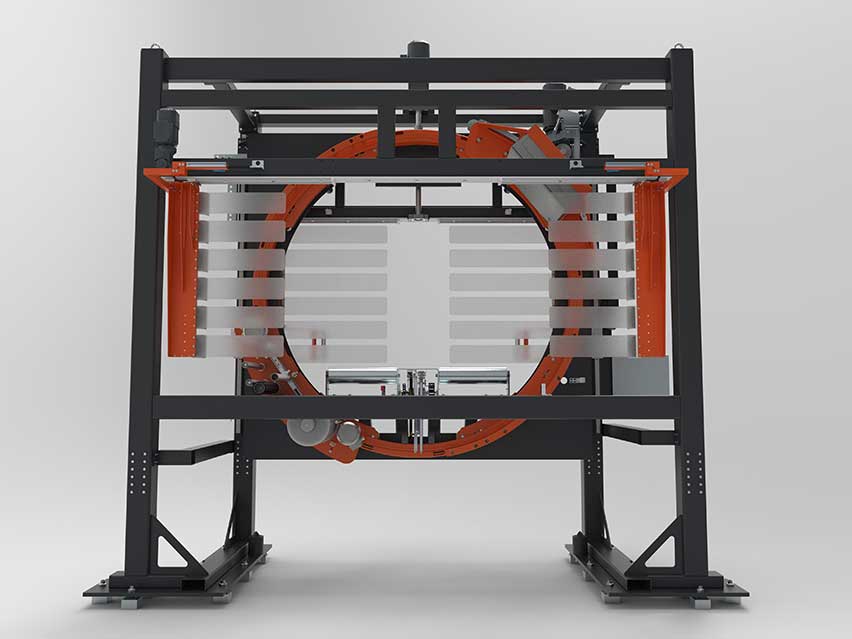 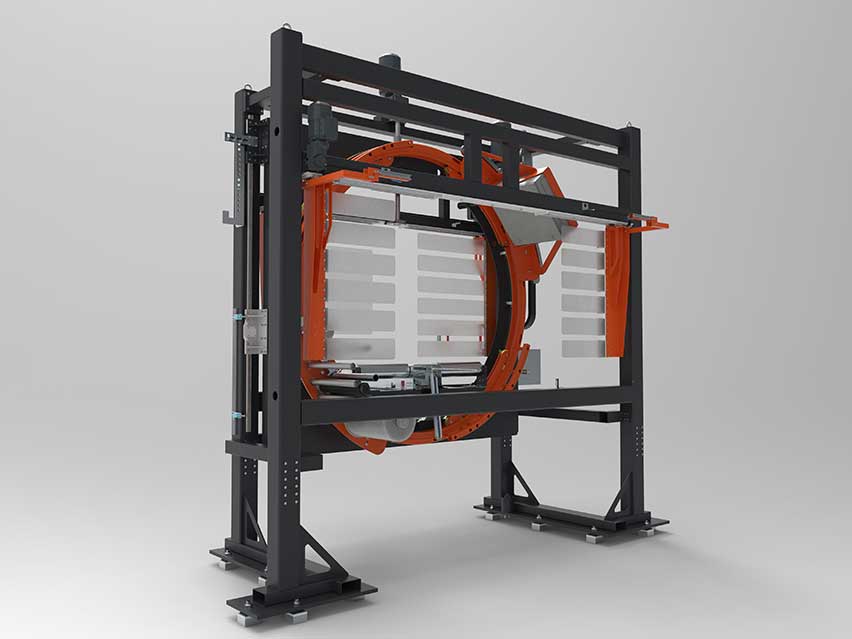 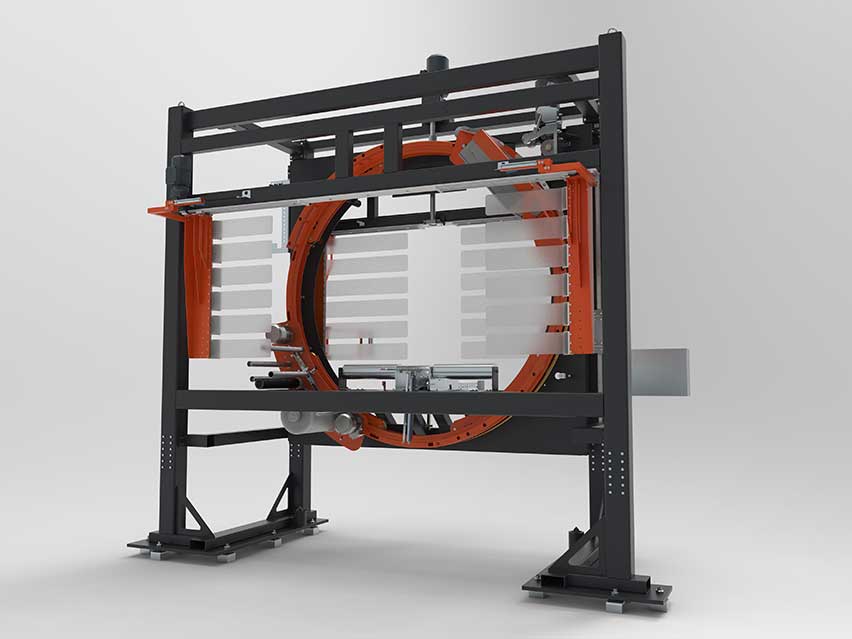 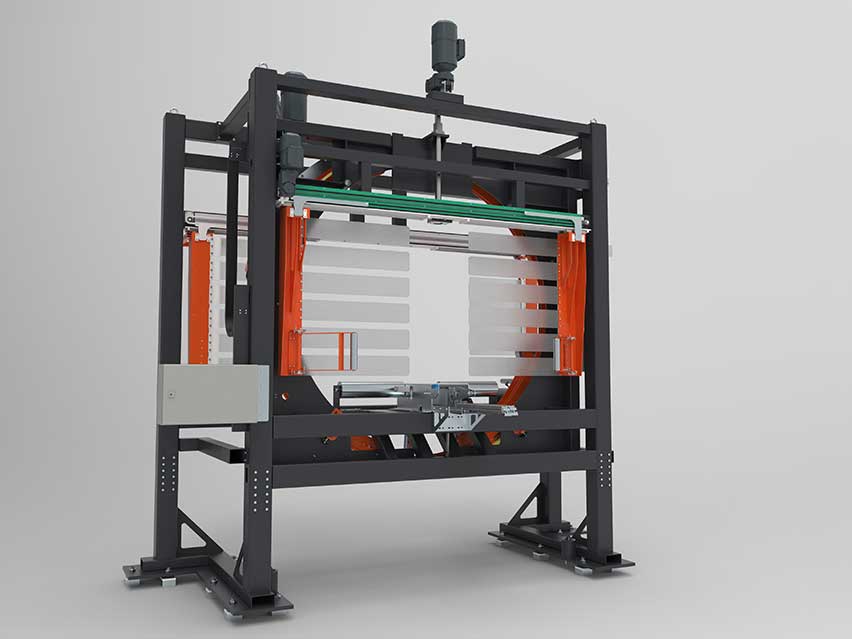 The film carriage is mounted on the rotary ring and is equipped with a mechanical pre-stretching system.

The power transmission from the geared brake motor to the rotary ring is effected by means of flat belts, whereby the longitudinal elongation of the flat belt during accleration and deceleration of the raceway is compensated by a pneumatic tensioning unit.

The rotary ring is a steel ring which is machined onto concentricity and balancing and is supported via polyurethane coated rollers.

The number of the rollers depends on diameter and speed.

Via Vario-Power stretching system, the film consumption can be ideally adjusted to the used film and the product which has to be stretch wrapped.
This ensures the best possible load safety with the lowest possible film
consumption.
Savings of up to 70% compared to conventional systems are possible. 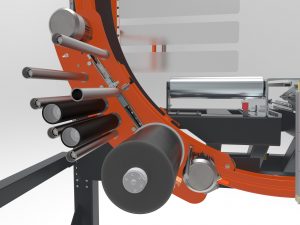 Maximum speed with two film carriages on the ring.

For packaging the front surfaces, a cover sheet is dispensed onto the product as it enters the Python. 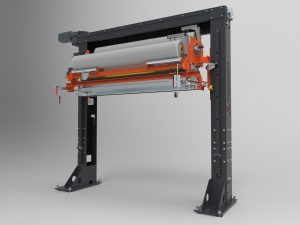 If a cover sheet that is too large is placed during conveying, the corners would also stick out from the product after stretching, in order to avoid this, the stripping devices are necessary. 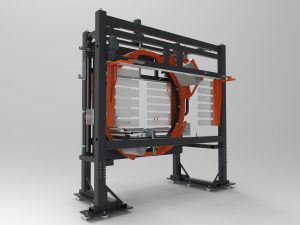 Maximum speed with two film carriages on the ring.