All our machines are equipped with the PAMMINGER Vario-Power-Stretch-System.
This enables our customers to save up to 30% on stretch film compared to conventional machines on the
market. 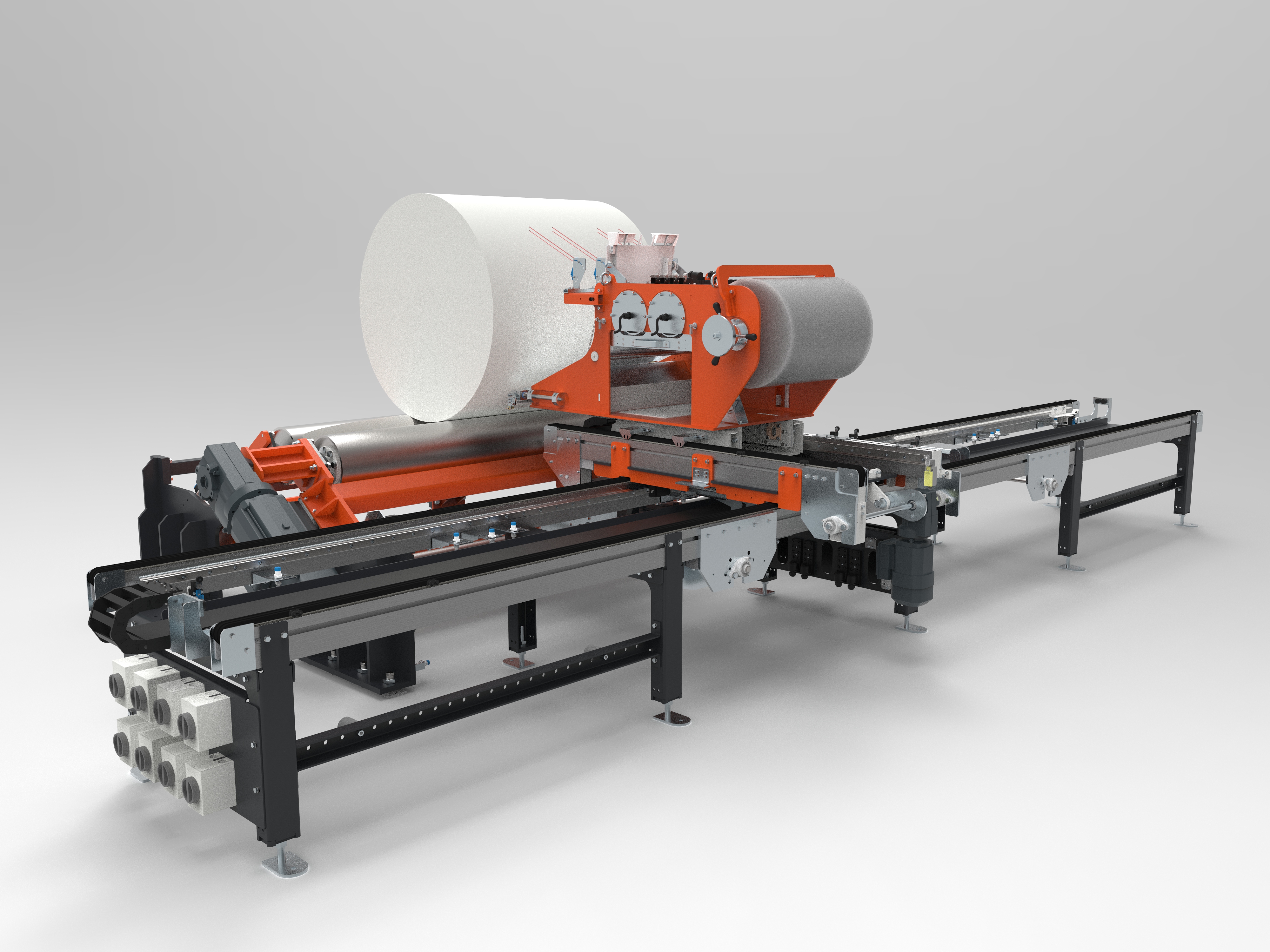 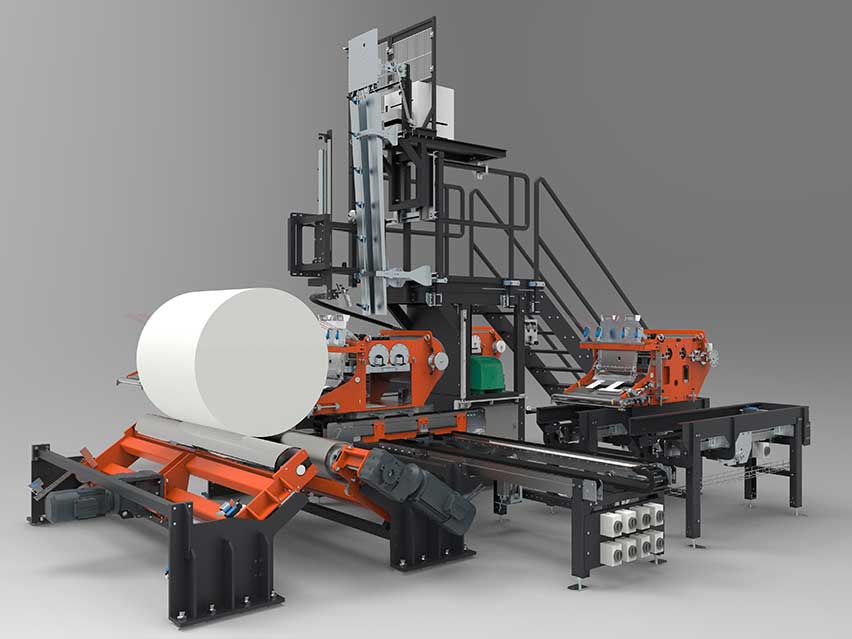 Two traversing units, each with one chrome-plated carrying roller.
A carrier roller is motor-driven via a frequency converter. After the paper roll has been centered and the winding process has started, the two travel units move together and lift the paper roll off the transport system. The driven carrier roller begins to rotate at the set speed on the display and the roll is stretched with film around the circumference. After completion of the winding process, the carrier roll stops and the film is now separated. Shortly before the paper is lowered, it turnes again. This ensures a firm hold of the film. 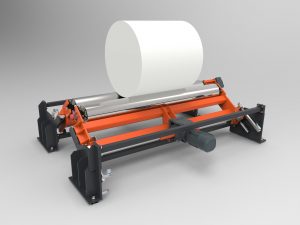 Of course it is equipped with a quick film insertion system. Opened with two handles, pulling the film hrough without tedious threading and you are done. Two separately controllable motors determine the incredible performance of the PAMMINGER pre-stretch system. Our VARIO-POWER-STRETCH pre-sretching enables an elongation to 500% with good foil qualities. This corresponds to a foil saving of up to 30%. 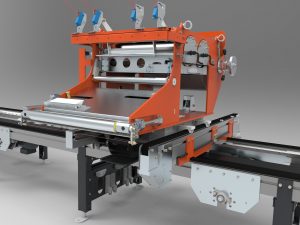 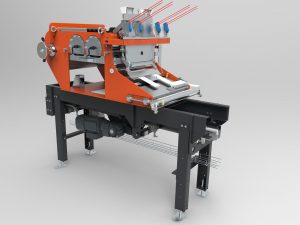 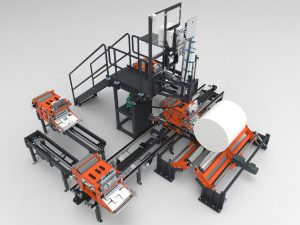 At the second to last wrapping, the label is inserted by a supply unit from a DIN A3 printer.
The label is therefore protected from environmental influences and can still be read using a barcode scanner. 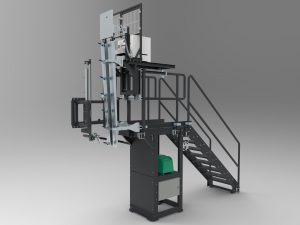